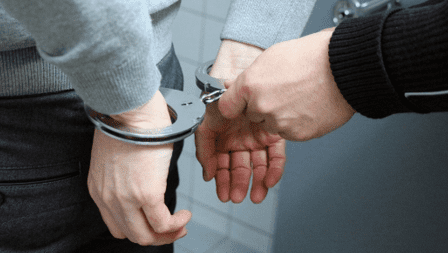 Green card applications are judged based on a range of eligibility requirements that evaluate the applicant’s profession, family situation, and criminal background, among many other factors. Certain crimes on your record can be the basis for green card denial.

So, can a DUI conviction prevent you for obtaining a green card? The answer to this question will depend on the type of offense the person is convicted of.

Is a DUI a Crime of Moral Turpitude?

A crime of moral turpitude is defined as one done with reckless or evil intent, the nature of which would be shocking to the average person. Some common examples include crimes of violence, abuse, and certain forms of fraud.

Someone applying to obtain lawful permanent residence in the U.S. must be “admissible.” When an applicant has a prior conviction for an offense considered to be a crime of moral turpitude, that person may be deemed to be “inadmissible.” If the applicant falls within one of the inadmissibility grounds, they will need to file a waiver of inadmissibility in order to be granted legal permanent resident status.

In most states, Driving Under the Influence (DUI) is categorized as a simple or aggravated offense. Generally, a simple DUI will not prevent someone from obtaining a green card. The Board of Immigration Appeals and Federal Appeals Courts have held that a conviction for a simple DUI is not a crime involving moral turpitude.

On the other hand, a conviction for an aggravated DUI could become an obstacle to obtain permanent resident status. Aggravated drunk driving will most likely be considered a crime involving moral turpitude.

A DUI crime can be classified as aggravated DUI for a number of reasons, including:

The classification of the crime as a “petty offense” will also affect your green card eligibility. A crime is considered a petty offense if the maximum possible consequence for the crime is less than a year in prison, and if the offender’s actual sentence was under six months of jail time.

Immigration officers can determine if the applicant merits the favorable exercise of discretion. This means that the officer, as a matter of discretion, could deny an application for adjustment of status or an immigrant visa for a DUI conviction.

If you believe you qualify for immigration benefits, we encourage you to contact our office to schedule a free in-person consultation with one of our Chicago immigration attorneys.

This blog is made available for educational purposes only and to provide a general understanding of U.S. immigration laws. The information published on this site should not be construed as legal advice. Further, the use of this site does not create an attorney-client relationship.